It’s been a couple of weeks and I have lots to cover! We played our first session of Pirates of Drinax using Cortex Prime -it was the BOMB!

Talked about playing Burning Wheel with my lady friend, she brought it up and pitched a premise inspired by…The Lion King. We also played the Harry Potter Hogwarts battle gamee, the co-op, and the PvP version. She LOVES Harry Potter.

Two sessions of The One Ring -now weekly on Twitch.tv/actualplay We visited a wight inhabited barrow-tomb! And experience some horse theft!

I’m working on some Foundry VTT code for my online games.

Played an X-Men/X-Force-inspired game of Champions Now testing out pregens for my Lifted zine.

Juggling basic moves and the first draft of 3 playbooks for Debtpunk. And thinking about the futuristic setting that it exists in.

I’ve read Superman and the Authority #2 was less than #1, but it was a team assembling montage, so I get it. I still have lore questions!

The new Kill Teamm is out and I got in my Desert Moon of Karth Zine.

And this week I learned: Lupin the 3rd will be an RPG by Magnetic Press Play! Love it! And old Palladium Fantasy is pretty hot in the right hands! 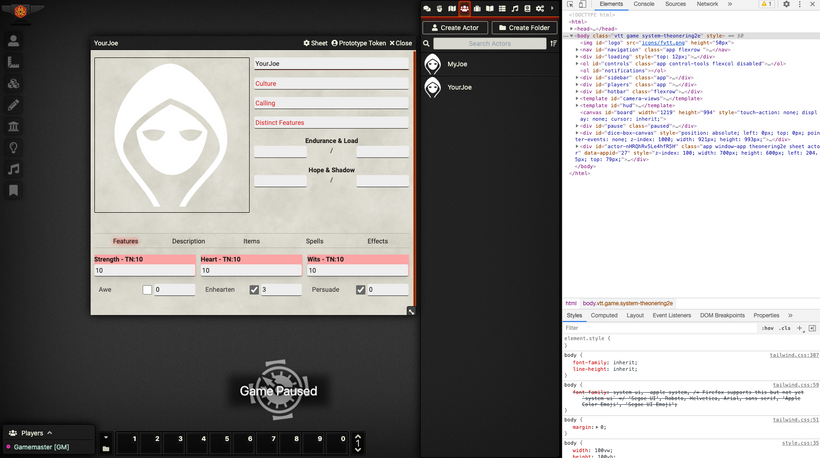